What to know about the Liberals' new housing-incentive promise 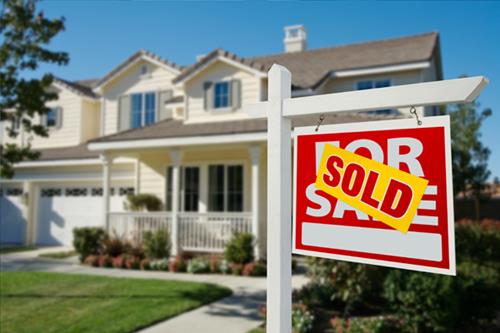 In an election announcement on Thursday, Liberal Party Leader Justin Trudeau promised to turbocharge the First-Time Home Buyer Incentive (FTHBI) for Canadians who live in Vancouver, Victoria or Toronto.

The FTHBI, which was first proposed in the 2019 federal budget and became available on Sept. 2, provides a top-up for buyers with a down payment of less than 20 per cent of the value of the home. The idea is that the incentive allows buyers to take out a small mortgage with lower monthly payments.

But while the original FTHBI caps the maximum home value eligible for the incentive at around $500,000, the new version of it would include homes worth up to almost $800,000.

The higher price cap is meant as a boost for those hoping to buy in pricey real estate markets where average home prices far exceed $500,000.

But mortgage brokers were quick to notice a fundamental difference between the regular incentive and the promised new one.

The current version of the FTHBI comes with stringent borrowing rules that force buyers to opt for a cheaper home than the one they might be able to afford without the incentive.

The special FTHBI for Vancouver, Victoria and Toronto, on the other hand, has more relaxed borrowing metrics that would allow buyers to qualify for more than they’d otherwise be able to afford in some cases, Robert McLister, founder of rates comparisons site RateSpy.com and mortgage editor at Rates.ca, wrote in an analysis of the new proposal.

In a different example he provided to Global News, McLister looked at the case of a buyer with $120,000 in annual income. Assuming a down payment of around six per cent, a 2.69 per cent mortgage rate and 25-year amortization, such a buyer would qualify for a maximum purchase price of $567,000 without using the incentive.

With the current version of the incentive that’s available nationwide, the buyer would have to settle for a maximum purchase of around $512,000, or $55,000 less. With the new incentive for expensive cities, on the other hand, she’d be able to buy a home worth up to, roughly, $600,000.

The more generous FTHBI is “vastly more useful” for buyers in Vancouver, Victoria and Toronto and more likely to meet the Liberals’ goal of attracting around 120,000 applicants, McLister said.

As Joe Pickerill, a Liberal Party spokesperson, told Global News, the revamped housing incentive could be extended to other cities if local market conditions change.

The new measure would take effect in November, if the Liberals are re-elected in the upcoming national vote.

Despite its greater appeal for buyers in big cities, the new FTHBI received a cool reception from many housing-market watchers.

The incentive layers its own qualifying criteria on top of the rules established by the federal mortgage stress test, said James Laird, co-founder of Ratehub Inc., the parent company of Ratehub.ca, and president of CanWise Financial.

“It continues to be surprising why the Liberals are not relying on the established qualifying criteria for their program,” Laird said.

“New qualifying rules make things unnecessarily confusing and complex, regardless of whether a Canadian lives in a high-cost community or outside of one.”
Potential impact on prices

The national version of FTHBI is expected to have little or no impact on home values because of its strict implicit price cap and limited appeal in the country’s priciest housing markets. But could the new incentive end up further driving up prices in the country’s least affordable cities?

Boosting the purchasing power of buyers in Toronto, Vancouver and Victoria could have an impact on prices in those markets, Pasalis said. However, other traits of the program might still limit its popularity.

The incentive comes in the form of a second mortgage with no interest or regular principal payments. But the government takes an equity stake in the property, participating in the gains if the property appreciates over time. Buyers must repay an amount equal to the government’s equity share either when the home is sold or after 25 years.

It’s hard to say how many buyers would choose to be able to buy $40,000 more worth of house in exchange for ceding part of the equity to the government, Pasalis said.

“I don’t know if there’s going to be a flood of buyers.”

Thinking of buying or selling a property, or have a question regarding the real estate market? Fill out the form below and we'll get back to you promptly.